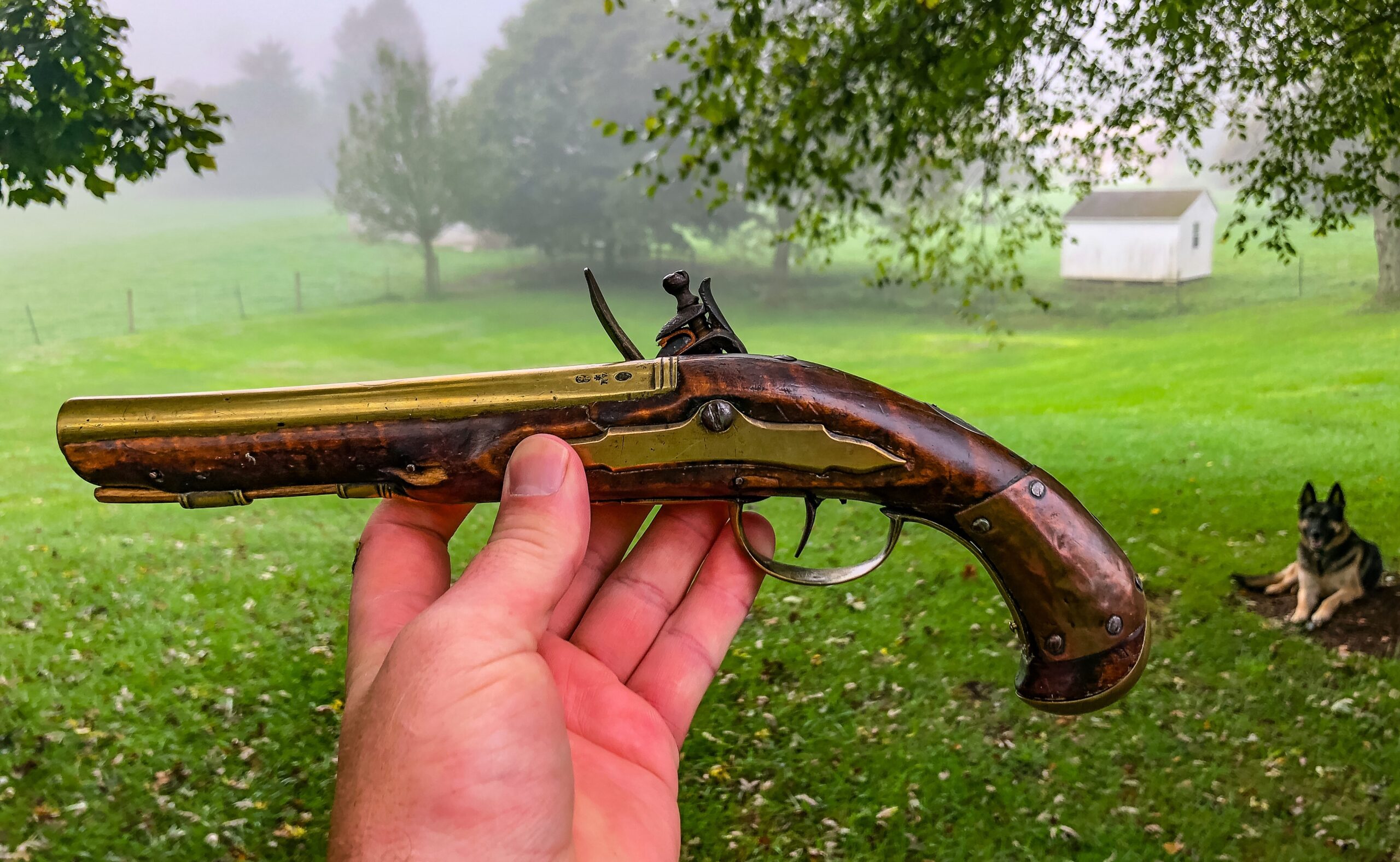 This is an early flintlock pistol which belonged to William Dyer, an Augusta County Ranger who fought in the 1774 Battle of Point Pleasant with the Greenbrier Regiment of frontiersmen from the Greenbrier Valley.

Dyer shows up on the ledger of the Matthews Trading Post in 1772, possibly buying powder and lead. And maybe some rum…. Dyer was not a wealthy man, according to the Greenbrier County tax records I personally examined. He was likely your typical frontier hunter, comparable with Daniel Boone or Simon Kenton. As such, he probably only had a couple firearms. So this pistol likely saw actual use, rather than being what we would now refer to as a “safe queen.” The copper wrist repair is evidence of this. It’s common knowledge that a pistol makes a great club once you fire your load, so possibly he hit someone with it, then repaired it…. Pistols in those days were generally close quarters self defense weapons. So when you see heavy use, it makes you wonder what it experienced…. No doubt Dyer took this pistol with him when he joined General Lewis to fight the Shawnee.

This pistol was possibly made around Staunton, Virginia circa 1750 – perhaps at the Augusta Gun Factory. It uses American curly maple wood, American parts, including a hand forged lock, and a circa 1740 English brass barrel made by Richard Wilson.

It was given a silver engraved escutcheon with William Dyer’s initials. It descended in the Dyer family until just a few years ago. It’s currently on display at the Augusta Historical Society Museum in Staunton, Virginia.