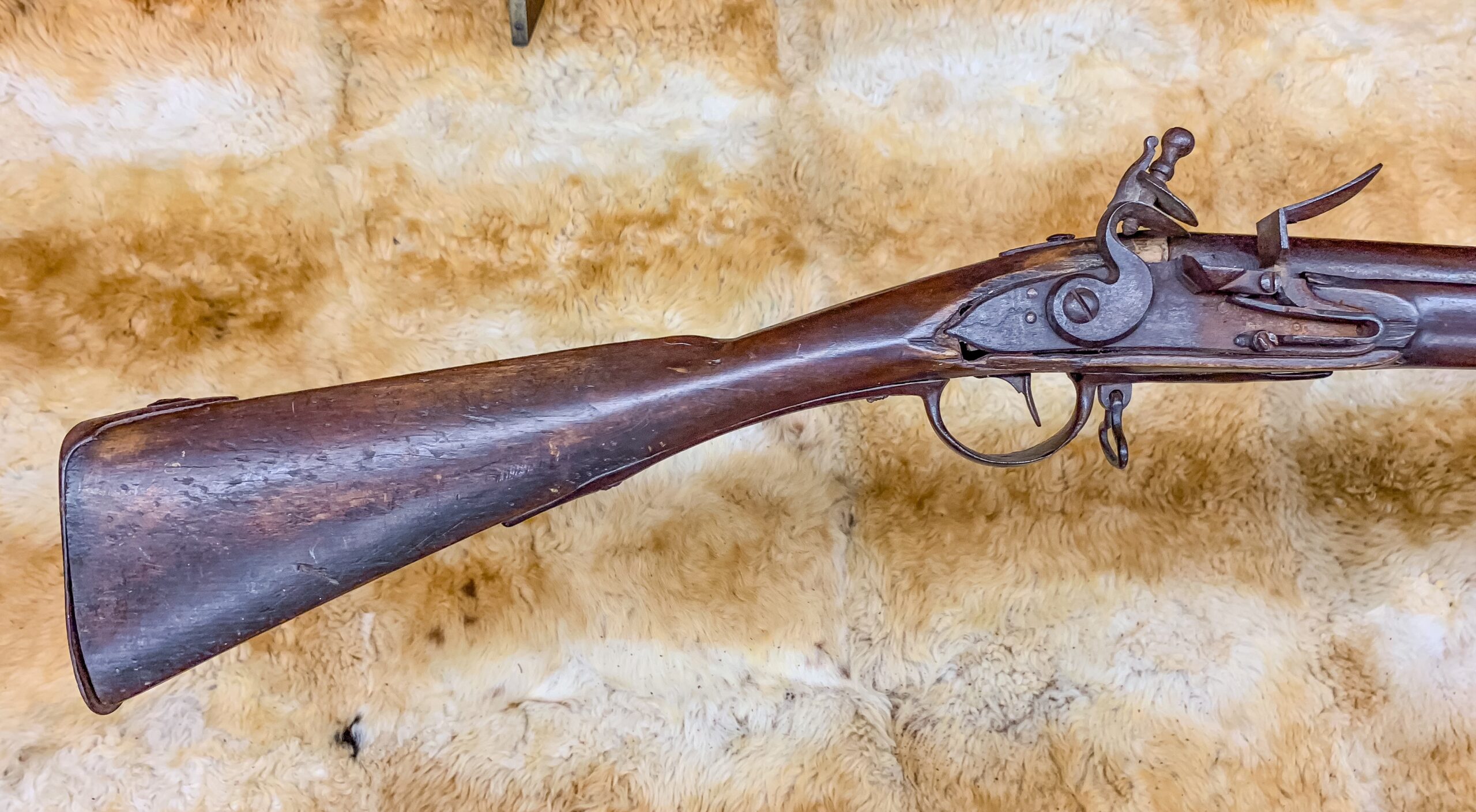 This musket was used at the Battle of Point Pleasant in 1774. It descended in the same family all these years, out of Bath County, Virginia – near Warm Springs.

This is likely a frontier-made musket, using a combination of gunsmith made and recycled parts, probably for use in the French and Indian War. It is made with iron mountings and is a hefty .75 caliber. This is the kind of plain, inexpensive, unromantic, and unembellished, work horse of a long gun which was probably the most common on the frontier – where most people were poor, but enterprising.

Both this musket, and the powder horn it’s pictured with, above, are currently on display at the Augusta Historical Society Museum in Staunton, Virginia, as part of their exhibit on Lord Dunmore’s War.

The War, culminating in the Battle of Point Pleasant, is the last major battle of the colonial frontier, and is no doubt the most important military engagement which ever occurred within the boundaries of modern day West Virginia.

Virginia’s Militia proved themselves extremely capable, defeating the Shawnee under Cornstalk, and changing the dynamics of the Ohio Country forever.