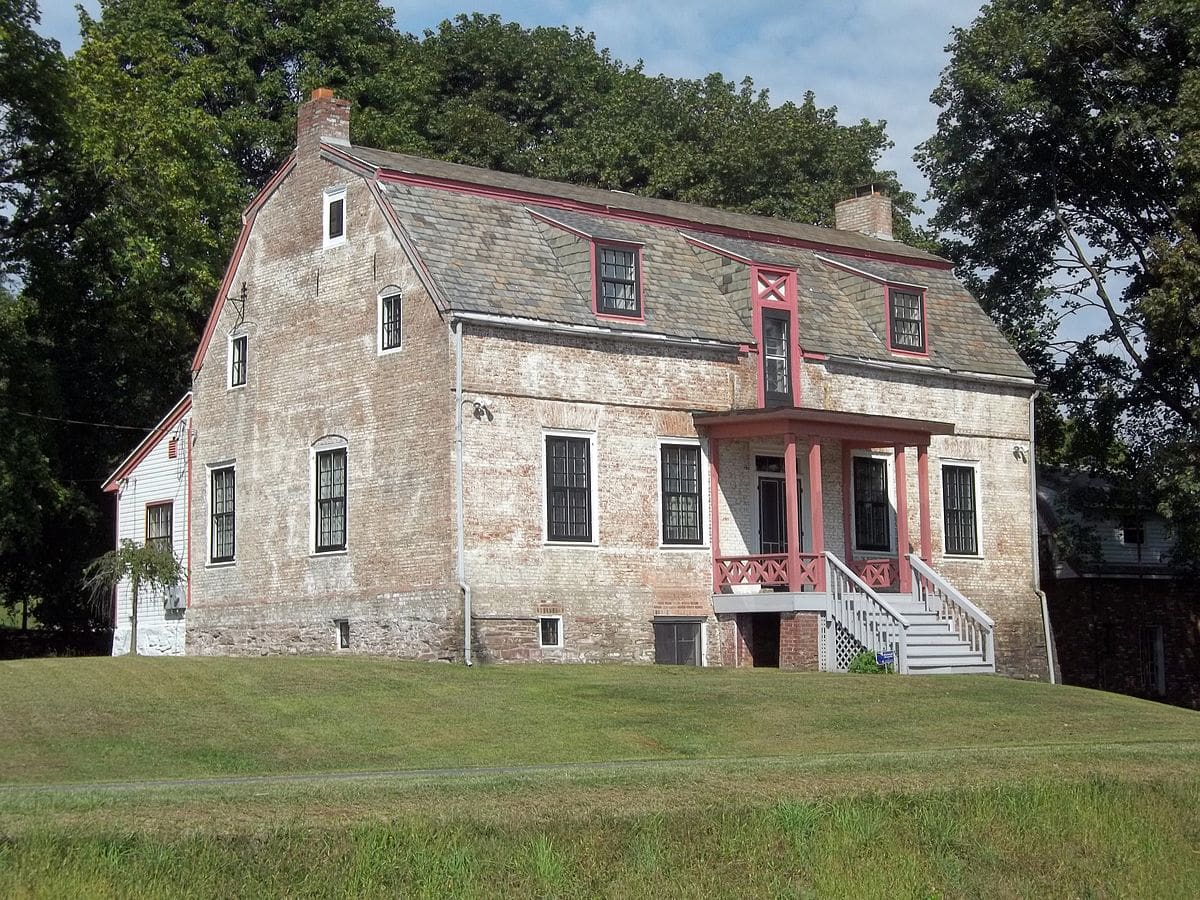 This gun remained in the Van Schaick Mansion on Van Schaick Island, in the Hudson River at the mouth of the Mohawk River, from the 18th Century until 1999, when the Van Schaick family belongings were auctioned. The mansion was then sold to the Peter Gansevoort Chapter of the DAR, who turned it into a museum, still in operation.

Anthony was well versed in the Iroquois language and was intimately involved with Sir William Johnson, the Superintendent over all Indian Affairs in the colonies, during the French and Indian War, as well as other legendary leaders of the time. He spent two years in a Canada prison after being captured, and was once sent on a mission by Johnson to carry a string of Wampum to the Mohawks on behalf of the King.

The Van Schaick Mansion sits on Van Schaick Island, which was purchased by the Van Schaick family from the Mohicans in the 17th century. The Van Schaicks were successful brewers from Utrecht, Holland. This island was situated perfectly for them to enter the trade business. They owned a sloop, and presumably were engaged in the fur trade, as well as other businesses.

During the American Revolution the mansion once again served as military headquarters and was inhabited by Generals Schuyler, Gates, Poor, St. Clair and Colonels Morgan, Gansevoort and Arnold while formulating the plans for the battle of Saratoga. In the days leading up to the battle some 5,000 Continental soldiers were garrisoned around the mansion.

John G. Van Schaick and his wife Anna were hosts at the house during the battle revolutionary period. John and Anna were both descendents of Goosen Gerritsen Van Schaick. However, it was Anna that was the heiress of the mansion, which had been built by her great grandfather, Anthony. John’s sister, Catherine Van Schaick, and Colonel Peter Gansevoort were later married in this house January 12, 1778 shortly after the Revolutionary War battle at Fort Stanwix from which Peter was rescued, and the battle at Saratoga was won. The mansion remained in the Van Schaick family into the early 20th century. The last Van Schaick resident was Mrs. William L. Adams whose first husband was Gerald Van Schaick.

In this house, John G. Van Schaick (the third generation in America) loaned $10,000.00 in gold to General Gates, with the influence of General Schuyler, on August 19, 1777 for the purchase of military supplies. In return, Van Schaick was given Continental script. This script was never redeemed as Congress took the position that General Gates had no authority to borrow the money.

The location of the Revolutionary camp was at the top of the hill, just behind the house, and it was from this place that Learned’s brigade, under the command of Benedict Arnold, went to the aid of Colonel Peter Gansevoort at Fort Schuyler (Stanwick) at what is now Rome, NY. Catherine Van Schaick must have been intensely concerned with the ultimate success or failure of this expedition for it was going to the relief of her lover. She and Colonel Peter Gansevoort were later married in this house.

General Schuyler turned over his command to General Gates who complained about accepting the command of such an ill-fed, poorly-clad army. Governor Clinton came to Camp Van Schaick for a war council to plan for battle. This was from August 22nd to 25th, 1777. On September 8, the Continental Army moved from Van Schaick Island and Peebles Island to Stillwater and Bemis Heights where the battle of Saratoga was fought.

We have been in communication with the Van Schaick Mansion museum owners, and have expressed our desire to bring the gun back at some point for a reunion with its long-time home. Maybe sometime soon… We’d love to see the house.