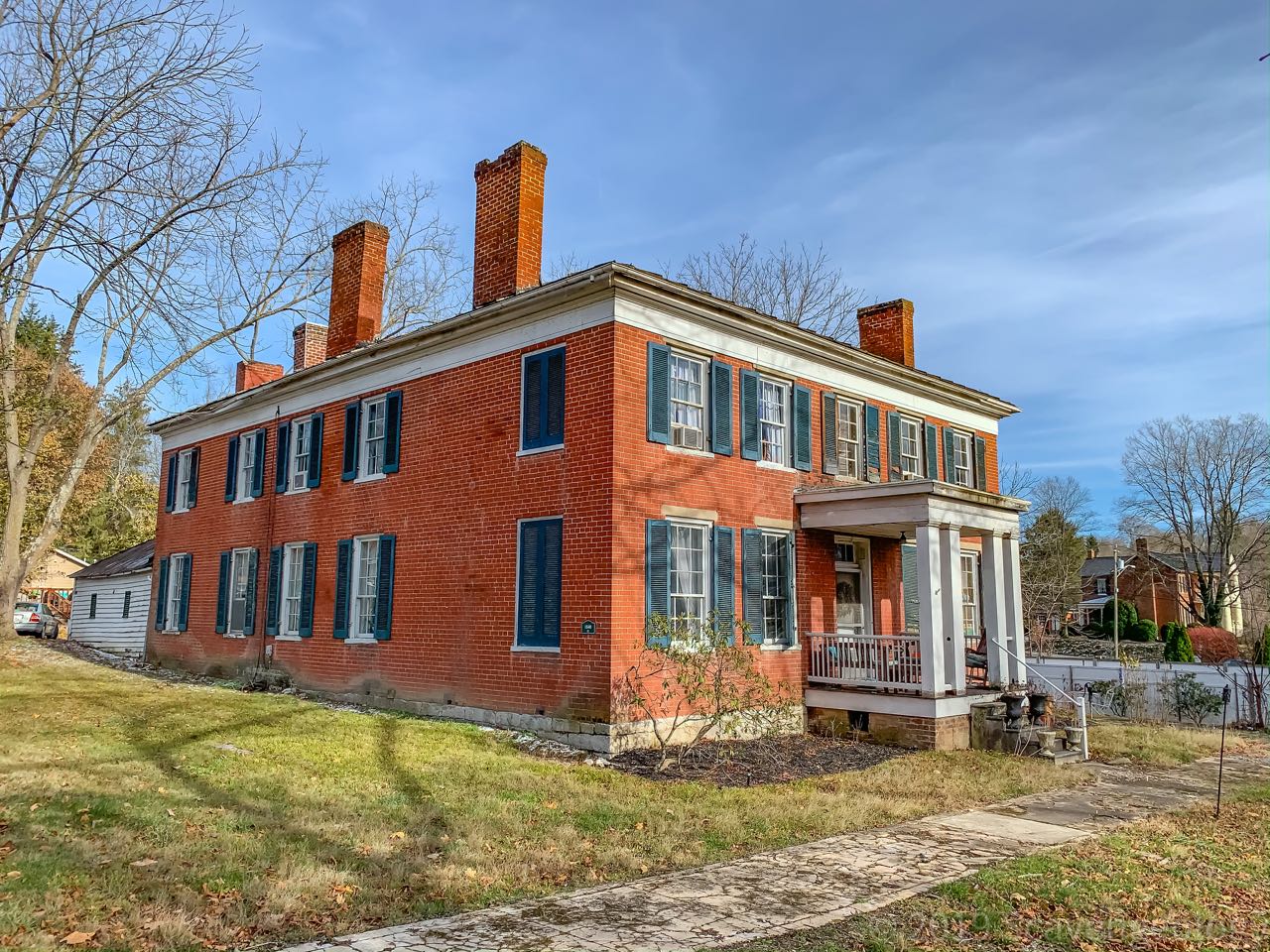 I’ve always loved this house which stands on Court Street just at the edge of downtown Lewisburg, West Virginia. It’s the original home of “Gov.” Samuel Price, built circa 1838. Like me, Samuel was an attorney who practiced law in the Greenbrier Valley. In fact, my Lewisburg office is directly next door to Price’s original law office, which still stands. Unlike me, he was the prosecuting attorney for Greenbrier for 22 years. He was born in Faquier County, Virginia in 1805

Samuel was originally from Nicholas County, and relocated to this beautiful part of West Virginia, when he married Jane Stuart, the granddaughter of John Stuart, the “father of Greenbrier County,” who I have frequently written about. He married Jane in November of 1837. She “was a woman of remarkable intellect and great personal charm.” See A History of Greenbrier County, by Otis K. Rice.

He became both a Virginia and West Virginia legislator as well. Similar to James M. Byrnside, who grew up at Willowbrook Plantation, he managed to somehow be a part of the succession of Virginia, from the Union, as well as the West Virginia Constitutional Convention of 1872. Now that took some political gymnastics.

As the Price house appears today, which is also referred to as the “Preston House,” it’s starting to deteriorate, but in a charming and genuine way. I haven’t been inside, but you just know that it’s historically correct – because it doesn’t look like much has ever been done to it. Good think it’s brick and not wood.

Following the May, 1862 Battle of Lewisburg, where Union General Crook defeated Confederate General Heth, Crook ordered Price to his headquarters at Bungers Mill, just West of Lewisburg. There he ordered Price to take the oath of allegiance. However, Price refused, even under threat of being sent to Camp Chase, Ohio. Price is recorded as saying,

I acknowledge myself to be in your power, but you and your whole army cannot compel me to take that oath.”

Eventually Crook had Price taken into “custody” and escorted to Charleston, on the way to Camp Chase. Legend has it that he insulted the escorts the entire ride. Once in Charleston, he was rescued by a prominent friend, and allowed to stay in a hotel there. After about three months, Gen. Loring drove the Union soldiers out of Charleston, thus freeing Mr. Price.

There would be a second time that Samuel Price would be captured by the Union Army. He had been elected lieutenant governor of Virginia in 1863, serving until the close of the war. After Gen. Lee surrendered, President Lincoln requested a meeting of Virginia’s legislature (of which he was the president of the senate being lt. gov.) so they could get started on the transition back to a united country. Price was assured by Lincoln that they would “not be molested.” He began traveling, by horseback, from Lewisburg, to Covington, Virginia, where they would hop a train to Staunton, Virginia. He ran into some other members of the legislature there, also waiting, when they received news of the assassination of President Lincoln.

Wisely, at that point, they returned to their homes, and Price to Lewisburg. Shortly thereafter, thirty Union cavalry soldiers rode into town and arrested Price, as well as Allan Caperton, U.S. Senator from Monroe County, and took them both as prisoners of war to Charleston. This was June of 1865, after the war was over. When Caperton died in 1877, Price was appointed to take over his seat.

As recorded in the book, A History of Greenbrier County, by Otis K. Rice

He was one of the able men of Virginia when both Virginias were one. Not particularly aggressive in spirit or ambitious for distinction he nevertheless by the natural simplicity of his tastes, his habits of life and education, and better still by his enlightened sense of justice and hatred of wrong, was the jealous advocate of truth, morality and right.

1 thought on “The Samuel Price House”