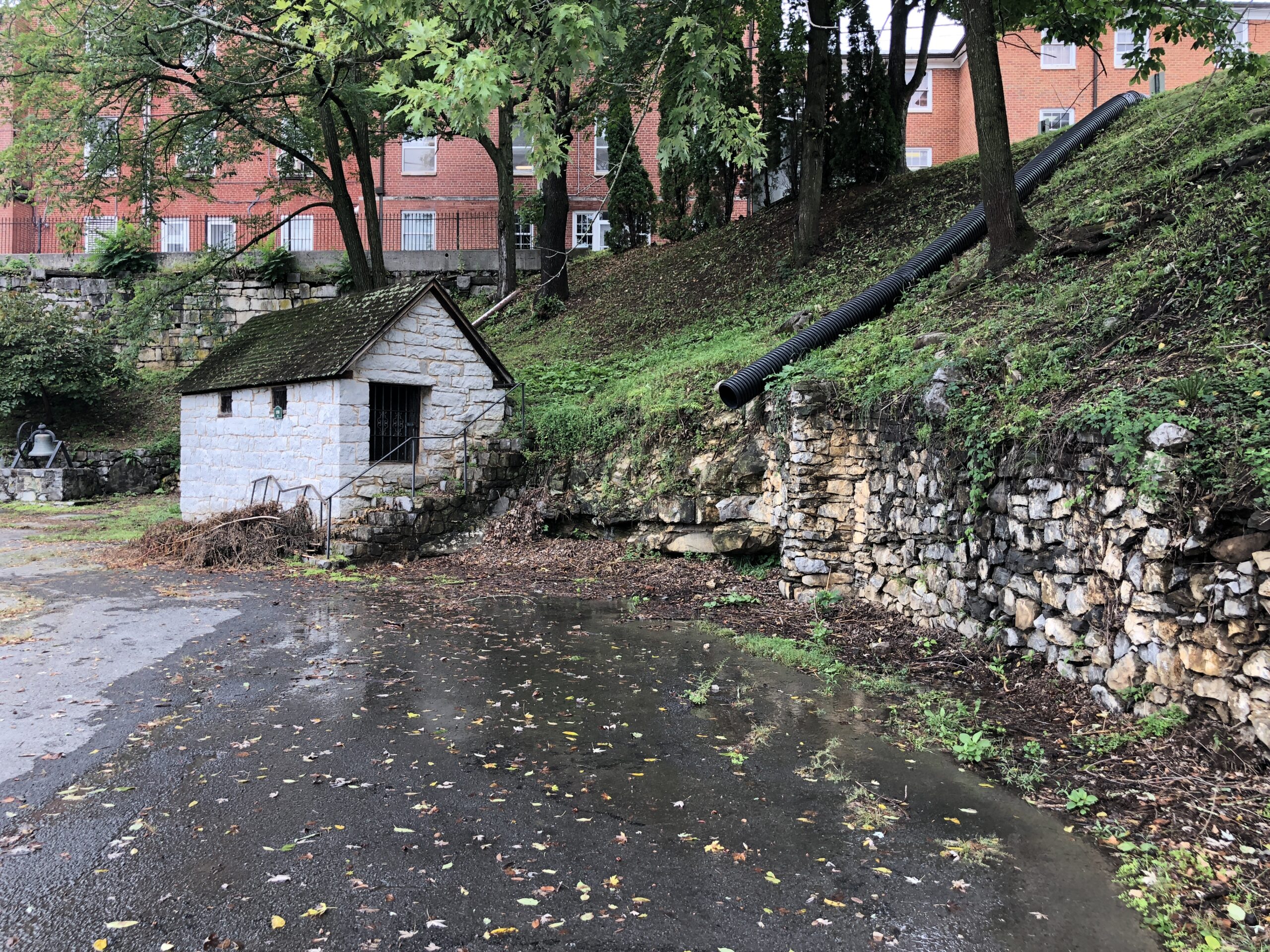 This is the exact location of the Lewis Spring, within the city limits of Lewisburg, WV. This spring was discovered by white frontiersmen around 1750, when John Lewis and his son (General) Andrew Lewis found it during their exploration of the area.

Later, it was the site of Fort Savannah, also called Camp Union – a frontier log fort built around 1770 or so. It was chosen to be the rendezvous point for (now) General Andrew Lewis, to collect and organize his 1,000 man army of Virginia Militia, in order to march against the Shawnee Indians during Lord Dunmore’s War.

So in 1774, the army collected here, around this spring. With all the baggage which comes along with an army – merchants, traders, blacksmiths, families, etc., it quickly created a town, which is still there today – Lewisburg, WV.

1 thought on “The Lewis Spring in Greenbrier County”