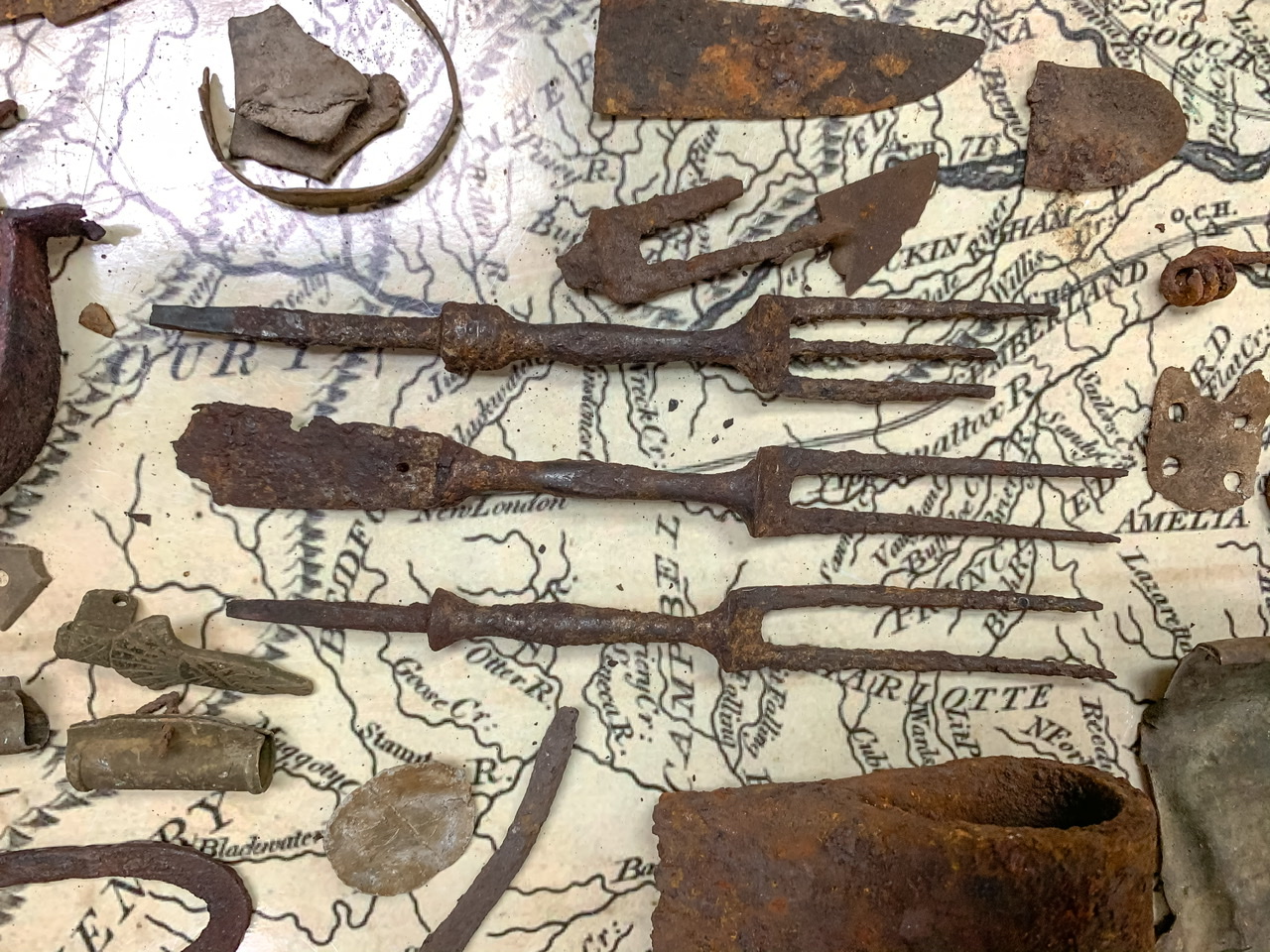 Some recent finds we acquired from the coastline of Michigan in the areas surrounding Fort Michilimackinac and L’ Arbre Croche. These are all from 18th and early 19th century American Indian village sites within the territory of the Ottowa tribe, which was heavily engaged in the fur trade with both the French and the British fur traders.

A broken trade axe, which if I had to guess, was made by a blacksmith here in the colonies:

Broken Barlow style folding knife. It appears to be late 18th century style, with remanants of the bone scales still hanging on:

A lead bale seal with numbers scratched onto it. I don’t know a whole lot about lead seals, but they look similar to others excavated by archaeologists in the Fort Michilimackinac area, which may have pertained to bales of trade cloth, with the numbers identifying the specific category of cloth in the shipment:

An oval fire striker with a maker’s mark. It looks a lot like one I already have from the area:

A brass wristplate escutcheon off a flintlock, possibly a pistol due to the small size. No doubt off a trade piece:

Here it is compared to an Indian trade fowler. You be the judge….

I instantly recognized this one. Do you know what this is? No doubt it’s a piece of lead which was wrapped around a flint inside the jaws of a flintlock. Check it out. Still a perfect fit, though I didn’t stretch it open to re-fit a flit in there; but it would still work perfectly as it was last used 200+ years ago:

Fired and dropped lead roundballs, last in the hands of American Indians 200+ years ago, likely:

Breech plug and screws from a flintlock:

Here’s the larger one compared to an old trade gun I have:

The remnants of a brass trade kettle:

I really don’t know what this is, but it looks like a fish, or maybe a snake?

Sewing supplies, including a brass thimble and some awls/needles: