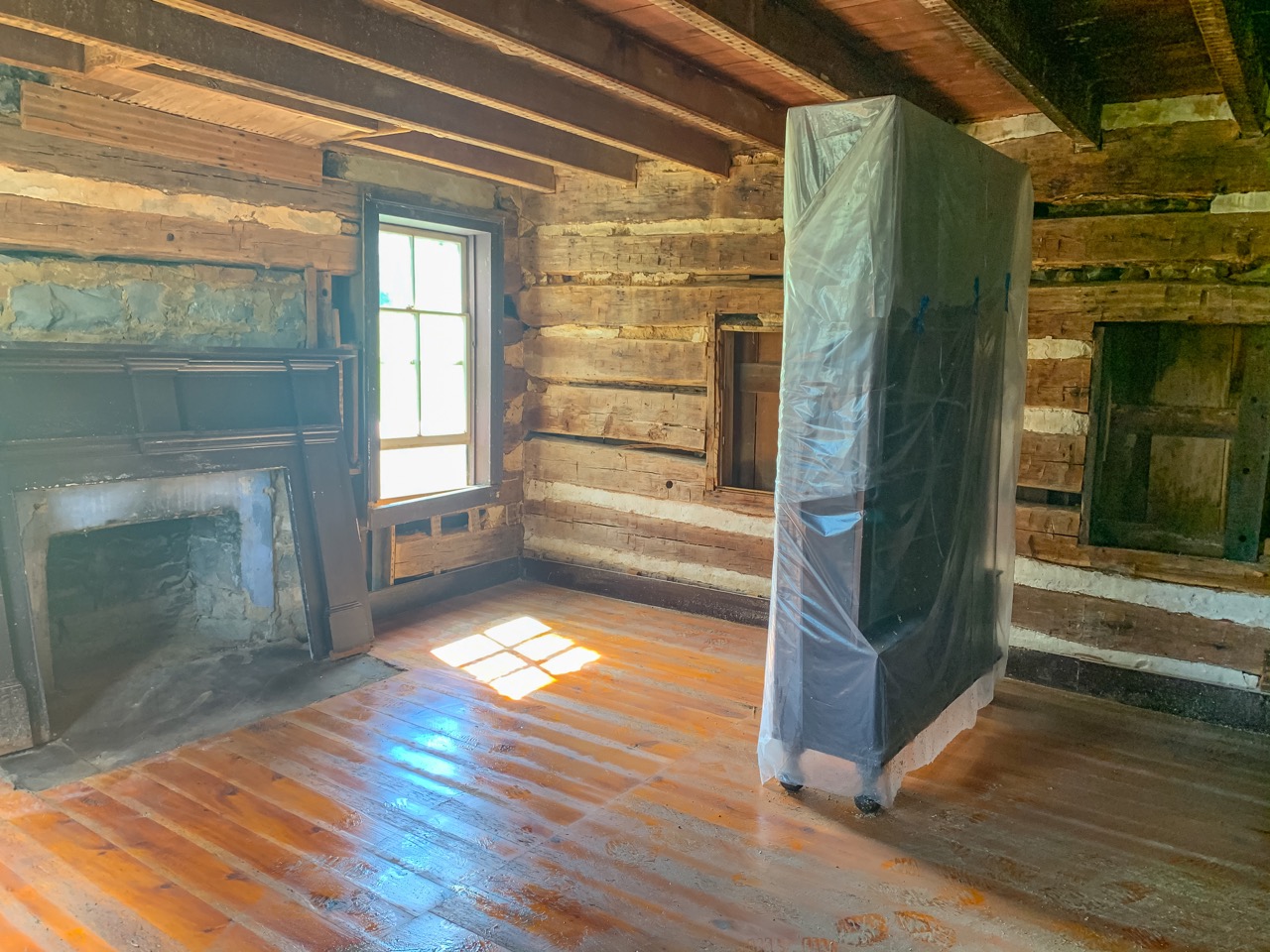 Here’s a long-overdue update on the Byrnside’s Fort preservation project. Almost all the plaster is off the log walls and ceilings. The logs, as well as the downstairs ceilings, were cleaned by pressure washer. It’s been a few days of drying since these photos were taken, and it has turned out nicely.

Restoration is also progressing on the old smokehouse. The roof is being treated as well. Underneath the clapboards, which I believe had only been painted upon installation around 100 years ago, are the original weather boards from its original board and batten design. The stone foundation was also replaced with a block foundation sometime around the 1940s. It looks like at some point it was changed from a smokehouse to a butcher shop.

Check out the hidden signature we found underneath the 1850s plaster, carved into the sill of the log home’s first glass window installation.

Thanks to some facebook friends, it was quickly identified as belonging to Erastus R. (Reese) Vaughn, who was apparently born in Monroe County, (West) Virginia in 1837. He subsequently enlisted in the confederate army in 1861 in Chapmanville, (West) Virginia – which is much further west in the state. My guess is that he would have been the right age to have worked on the plaster installation crew in the 1850s. Then, at some point moving westward, so as to be in the Logan County area when the war broke out. Records show that he fought through 1864, where he was taken as a prisoner of war at the Battle of New Hope. He survived the war, dying in Kansas in the 1880s.

We also removed the board fence around the yard and installed a cattle fence around the larger perimeter, which keep the cattle from further damaging the property, and which I think will look better when completed.

Also, Julie has been working hard in the vegetable garden. It’s already progressed since I took this photo a few days ago.