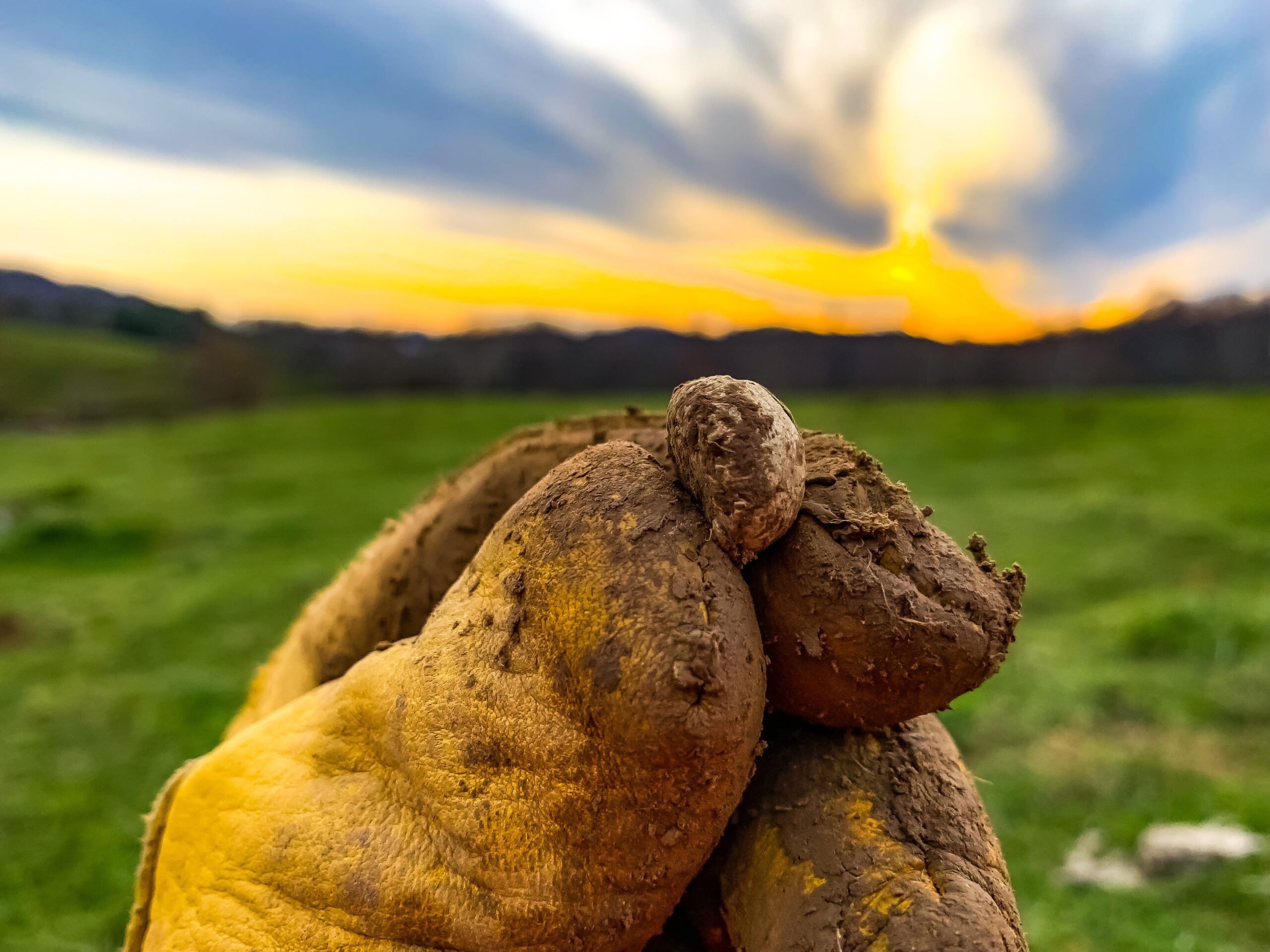 Arbuckle’s Fort was a Revolutionary-era frontier fort located in Greenbrier County, one of many forts that helped settlers to colonize Western Virginia. The fort stood on the property of John Keeney on a rise of land near the confluence of Mill Creek and Muddy Creek. It was built in the spring of 1774, under order of Capt. Matthew Arbuckle.

I recently read the new-release book about Fort Boonsborough, Kentucky, “Unearthed,” by Nancy O’Malley, about the 30 years of archaeological excavation conducted there. The author mentions Arbuckle’s Fort several times, because we know so very little about these log frontier forts. Mostly this is because nothing survived (except, *ahem* Byrnside’s Fort), and there have been documented archaeological excavations and discoveries at Arbuckle’s Fort.

Here is some of the footage we shot at Arbuckle’s Fort, including this epic find, directly related to the fort occupation of the site:

Despite comparison to this fort with forts of the more-populated Kentucky frontier, the site of Arbuckle’s Fort in 1774 was extremely isolated from both the larger frontier populations of Virginians, in the Shenandoah Valley area, as well as the Indians of the Ohio County. It may have been more of a purpose-built setup.

Other militia companies occupied Arbuckle’s Fort in 1776, 1777, and 1778. Although no large-scale attacks on this fort occurred, it was fired upon by Indian forces in 1774, and nearby settlers reported hearing gunshots near the fort in 1777. This second incident came on the evening of September 11, 1777. Earlier that day Indians had killed three people and kidnapped another at the James Graham house in present Summers County, and it is likely that the same raiding party was responsible for both attacks.

Spent lead shot has been recovered from archeological excavations conducted at Arbuckle’s Fort in 1997. We found more:

The excavations established that the fort was diamond-shaped, about 100 feet on a side, and consisted of a log stockade with bastions at the north and south ends. A blockhouse with a stone foundation and a central stone chimney was located inside the stockade. Large amounts of slag and unworked iron are evidence of a blacksmithing area inside the fort. Artifacts recovered from the archeological excavations include worn-out gunflints and a letter seal that expressed the inhabitants’ Revolutionary zeal by imprinting the word ‘‘Liberty.’’

You can read the McBride archaeological report booklet online for free here: http://www.wvculture.org/history/settlement/frontierdefense.pdf

One of the interesting aspects of Arbuckle’s Fort is that it was not built to also serve as a dwelling by a patron landowner, such as Donnelly’s Fort or Byrnside’s Fort. It was built solely as a militia post. And this is probably one of the reasons why it must have quickly disappeared after usage as a fort. The logs would have been robbed and repurposed. As someone told me once, if you’ve ever hand hewed a log before, you would know that salvaged hewed logs would be taken and used elsewhere….

In “Frontier Defense of the Greenbrier and Middle New River Country,” by W. Stephen McBride, Kim A. McBride, and J. David McBride, (Report No. 375 University of Kentucky), the archaeologists explained some of the supporting evidence about Arbuckle’s existence:

Supporting evidence for the occupation of the fort during the summer of 1774 is found in an August 1, 1774 letter from Maj. James Robertson, who stated that (grammar was subjective then):

“. . . this minet I got flying news of the Indians shooting at one of Arbuckles Centery’s on Mudy Creek. they say Likewise that they attacked one Kelley’s yesterday about half a mile from that Fort where they Tomhak’d Kelley and Cut him Vastly, but the men from the fort heard the Noise and Ran to their Assistance and drove the Indians off before they Either Kill’s or Sculp’d Kelley (Thwaites and Kellogg 1905:103-104).

Every fort needed a spring. There’s a nice one, just down the hill from the fort, which can be seen here.

There was little mention of the fort subsequently – just here and there mentioned in letters and dispatches – but it was likely occupied for the remainder of the Revolutionary War. I haven’t seen any evidence that it was occupied after the war. Byrnside’s Fort, on the other hand, being that it was also the home of James Byrnside, we know continued in use as a jumping off point and supply station for militia expeditions to the West, into Kentucky and Ohio.

An “undershot” mill was subsequently built at the site, and was operated for many years, throughout the Civil War era, and afterwards. The mill, called “Blaker’s Mill,” was eventually dismantled and reassembled at Jackson’s Mill in Lewis County, West Virginia.

Having had the opportunity to do a little metal detecting, my best find was a dropped rifle caliber roundball, right within the foundation of the hearth onto which the old DAR monument is built, which can be seen here.

I also found a few other things, which were donated to the archeologists who excavated the fort in the 1990’s. Hopefully everything found here through the years will be on display at some point.

Between Mill Creek and the crest of the hill where the fort sat, there is an old roadbed. It’s possible that this is the remains of “General Lewis’ Trace, which was the first road built through the area, initially blazed by General Lewis’ 1,000 man army of Virginia Militia on their way to fight the Battle of Point Pleasant in 1774. It’s hard to believe that they could have marched right by this spot, build a road through this general vicinity, and not brought it along the brand new fort built there….

A few more finds from the site: