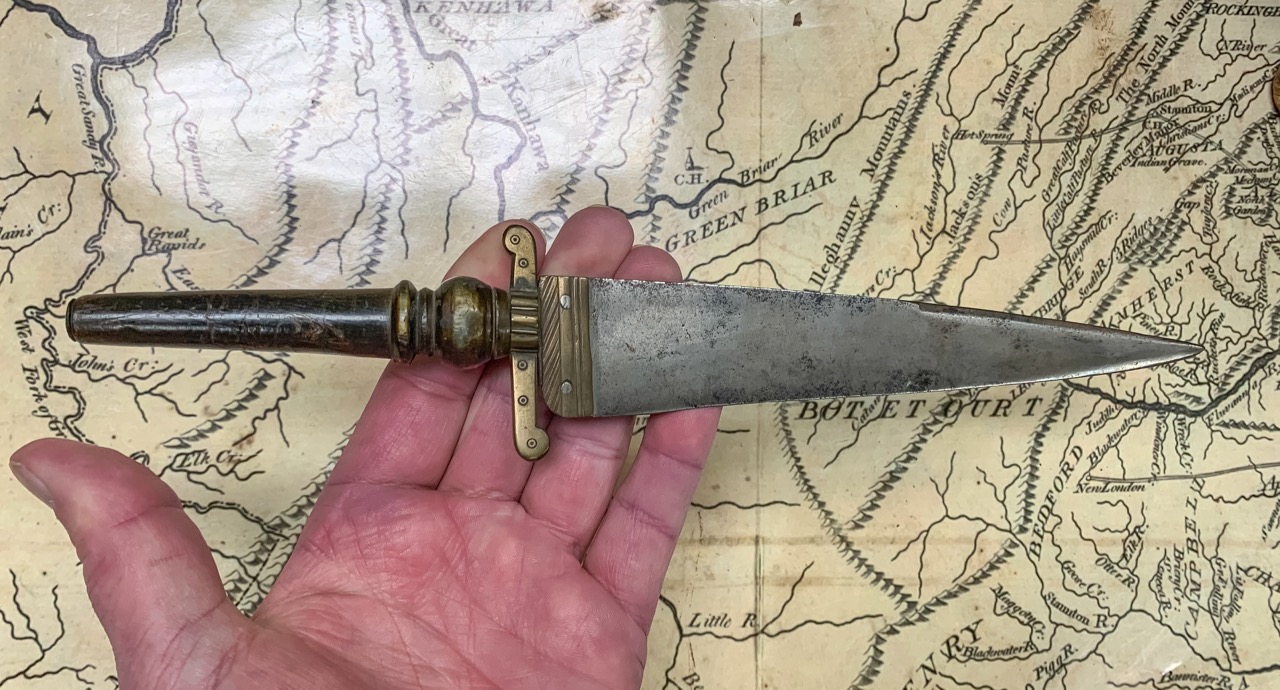 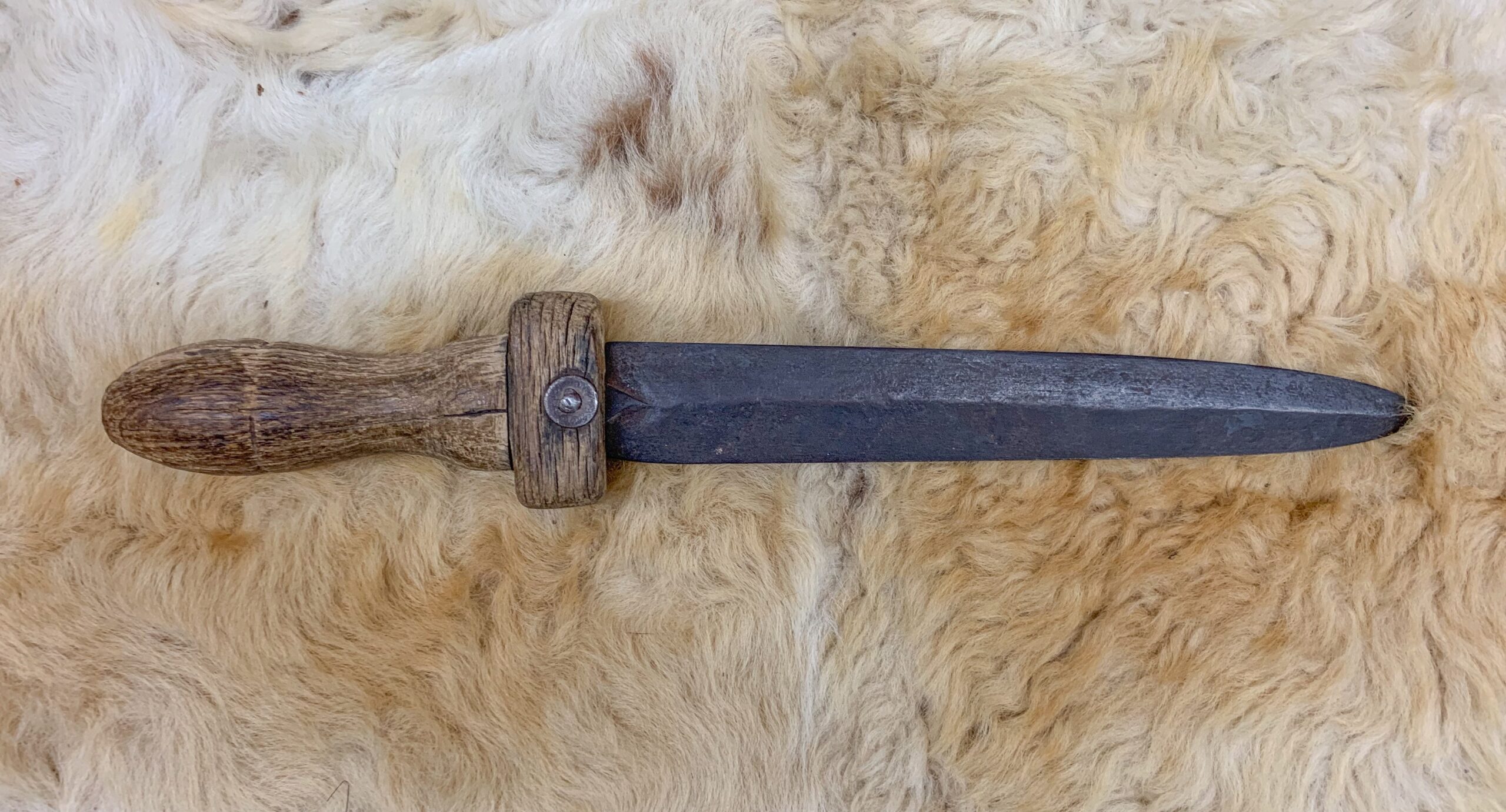 This is another highly unusual and interesting knife with no discernible markings or origin story. It’s a well-made old dagger with a wooden grip and a rare wooden bolster. As with the treen scoop I recently posted, you can see evidence of oils from human hands on the wooden grip. 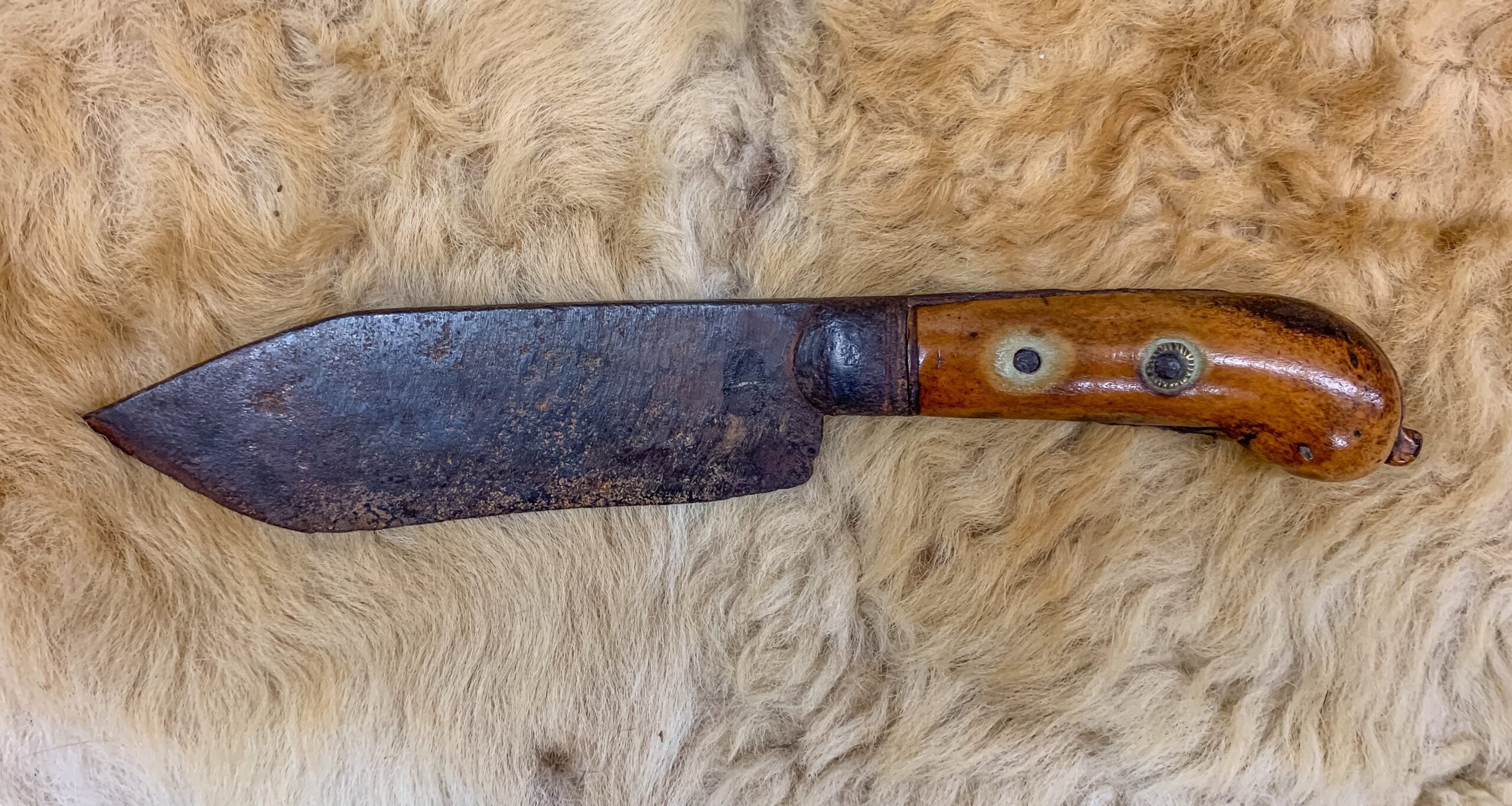 I found this perusing through the Cowan’s website. This is a pretty cool knife. It’s a bone-handled dagger with pewter inlays, and a buffalo hide beaded sheath. 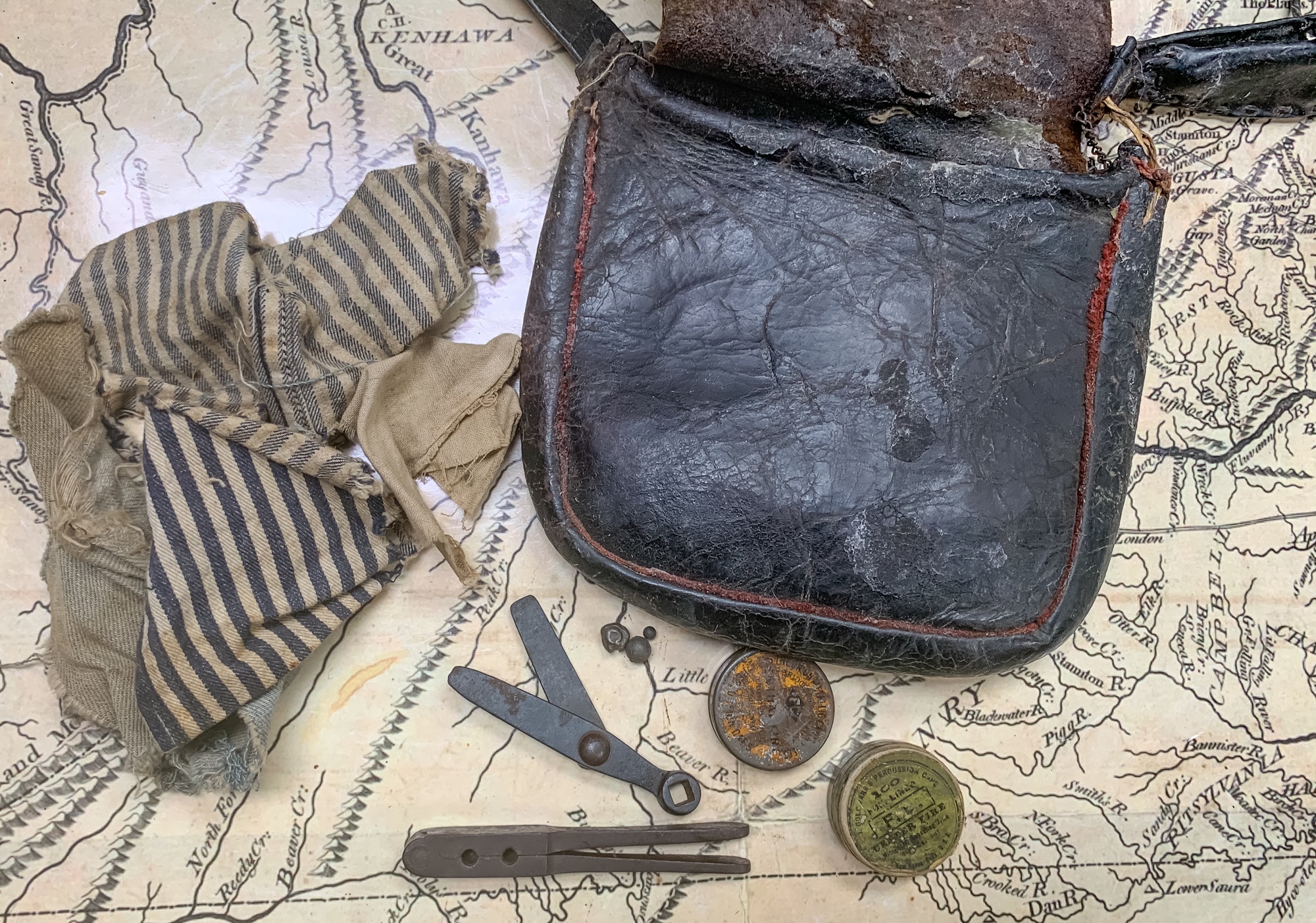 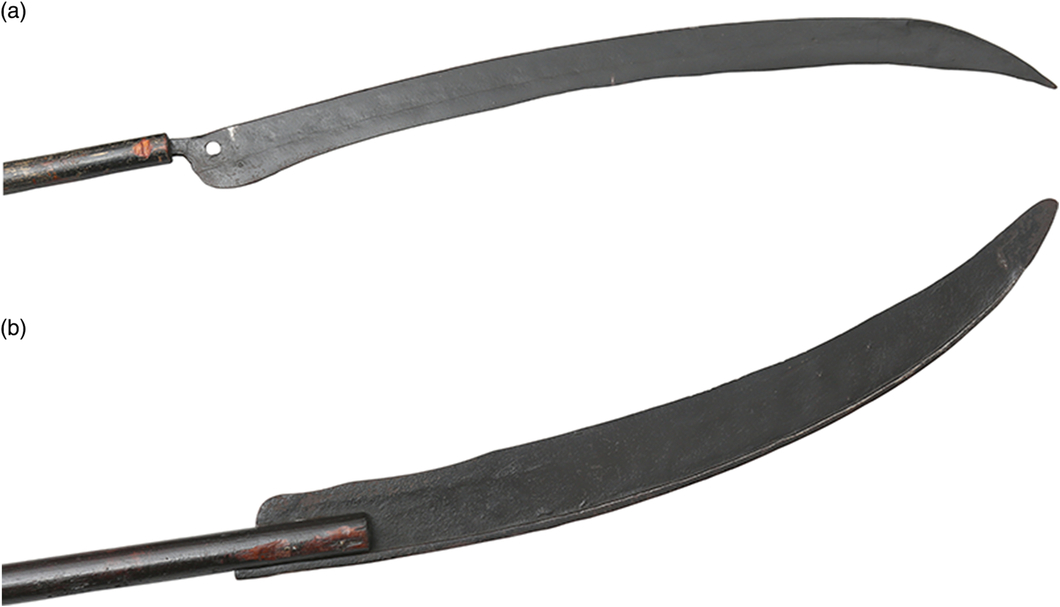 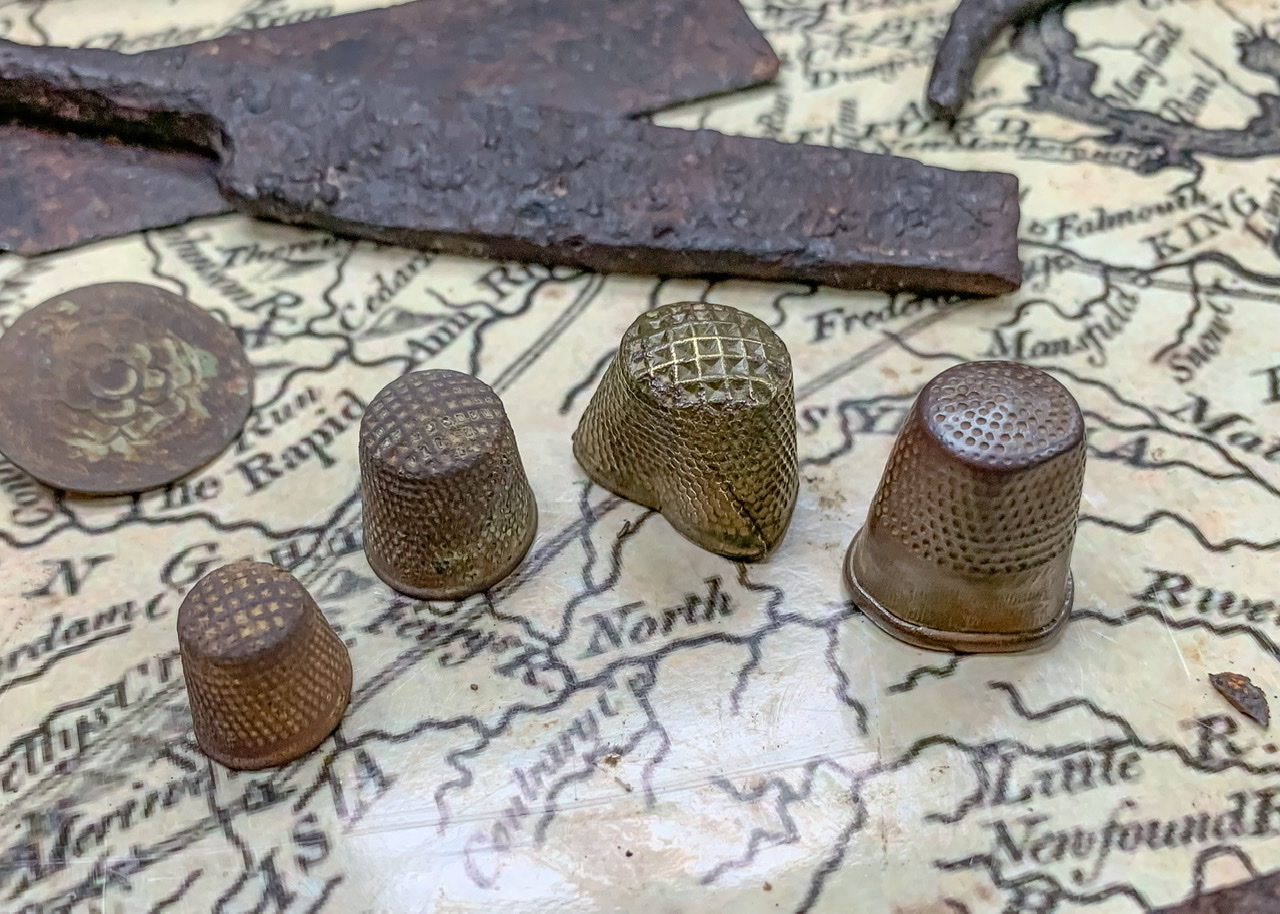 This was an old knife found in the yard. Fortunately it still had a little bit of the bone handle with the cross cut design on it. Those get really crumbly and want to fall off. Moreover, it’s difficult to restore/preserve the iron portion of the knife without destroying the bone. I did my best though, and glued the bone to the tang, and also put a sealant on it to stop any further crumbling.

There are plenty of books out there on swords, powder horns, and other objects. But surprisingly, there’s not a whole lot out there on antique American knives. In his 1984 book, Madison Grant wrote one of the definitive books on antique knives, with pictures of many examples, albeit in black and white, and with a …