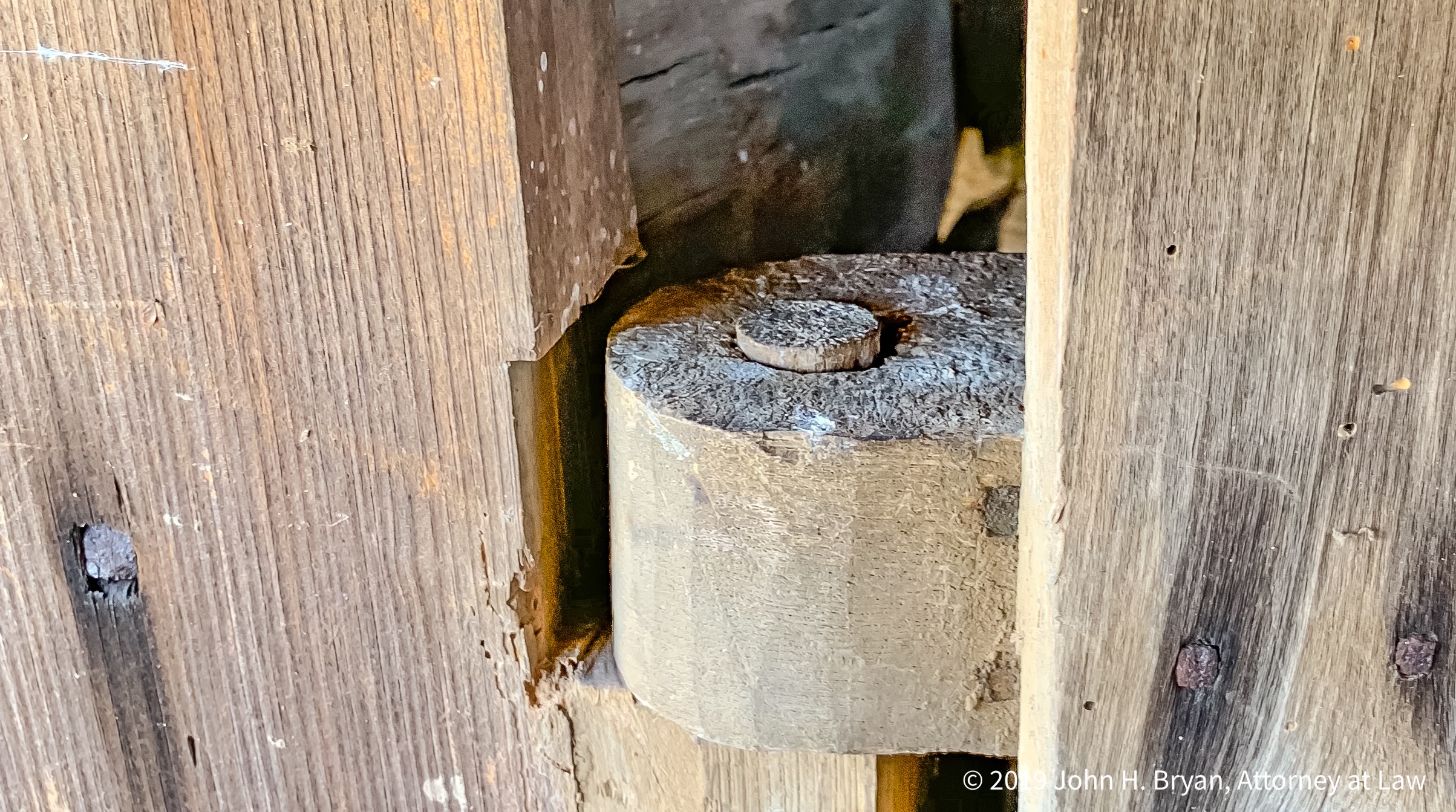 This log cabin has been used as a barn for a long, long time. But we believe it was a primitive 18th century log cabin dwelling originally. We have to move this structure of the current property, which sits very close to the site of the frontier fort known as Thompson’s Fort – somewhat of a fortified home, located in Pickaway, West Virginia.

Thompson’s Fort is mentioned several times in the old Rev War pension applications. However, archaeologists believe it was more of a fortified home rather than a fort complex with a stockade. This structure is within a 150 yards or so of the supposed fort location. I don’t doubt that this had a connection to the fort. This appears to me to have been an early dirt floor log cabin, of the kind with a clay and wood fireplace, one door, and likely one window.

Early frontiersmen were notoriously skilled with an axe, and supposedly could erect a primitive log cabin in two days, using just two skilled men with axes. This is likely the size and layout of what such a cabin would be.

We know this cabin was not built as a barn because it still retains some original chinking. Log barns were not chinked. Also it still has a the wonderful original beast of a front door, with hand carved wooden hinges.

I’m not sure where these logs are headed. It is probably unlikely it could be rebuilt as-is. Two of the walls were exposed, and they’re pretty rotten. Though the insides look good. We’ll see….

The TV show Barnwood Builders was actually scheduled to film this little cabin, but it got rained out, and they never showed interest again.

You can see a primitive small flue hole for a fireplace in the back wall, and a window to the left of that. I’ve found other examples of that design on early one-story primitive dirt floor style log cabins.

This may have originally served as a frontiersman’s hunting/trapping cabin in 18th century Monroe County.

Update, December of 2021: I subsequently figured out, this was most likely a smokehouse, thus explaining the chinking. It was attached to a large log plantation a stone’s throw away – probably the same family who had the fort nearby.

7 thoughts on “Another 18th century WV frontier cabin we’re working on. This time it has to move…”