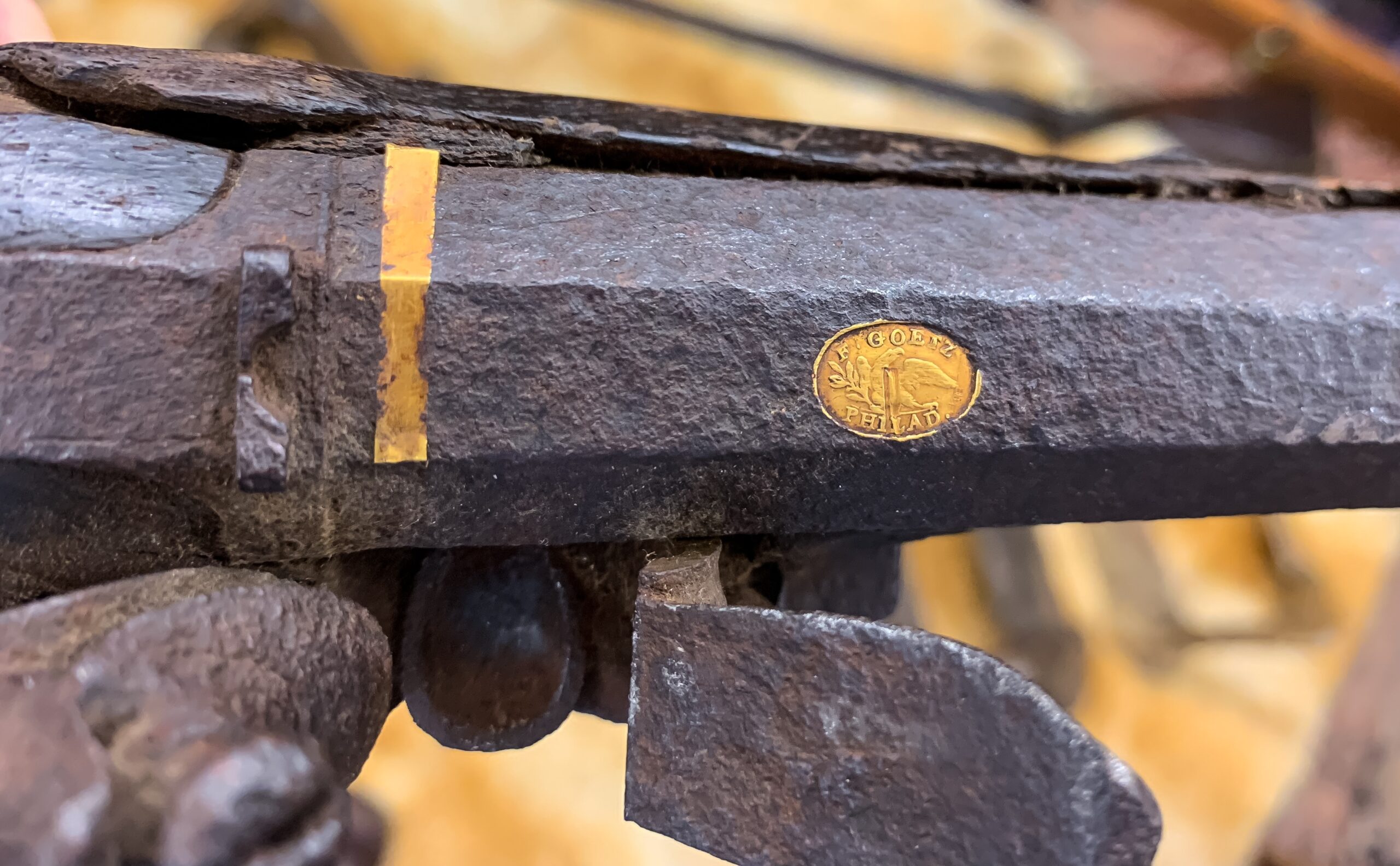 Flintlock Kentucky Pistol by Frederick Goetz of Philadelphia. Circa 1805-1811. Goetz was an older established gunsmith in the Philadelphia area, beginning in the 18th century.

He had a young apprentice named George Tryon during the early years of the 19th century. They went into business together, briefly, in 1811, and then Tryon went out on his own, supplying arms to the government during the lucrative contracts available during the War of 1812.

This pistol has some gold inlays, including Goetz’s signature inlay, which as you can see, has held-up in almost pristine condition, despite obvious wear to the pistol.

This pistol has a story to tell. It appears to have had quite an experience, and possibly spent some time on the ground somewhere…. Unfortunately, that will be left for our imaginations.

Pistols like this were generally used primarily for self-defense, but you could do any number of things with it. It would have been a handy tool/weapon to carry into the frontier, or to keep in a coat pocket during a late-night carriage ride down a shady Philadelphia street.