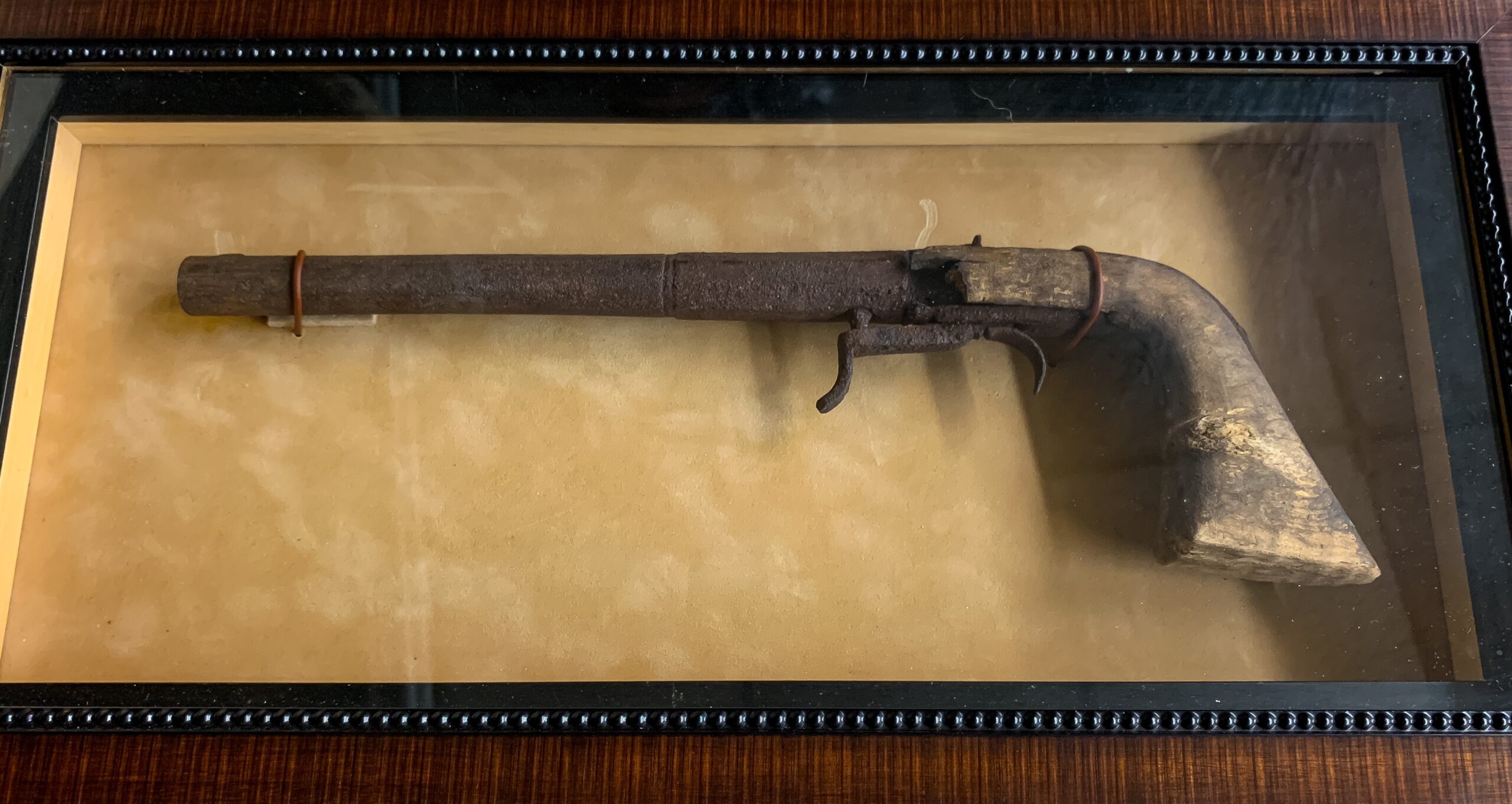 Sometimes in log cabin removals there are awesome finds in the walls, or under the floors. That’s exactly what happened in this case. As a long-abandoned Greenbrier County, West Virginia log cabin was being demolished, this pistol was found underneath the floor in the crawl space.

This primitive under hammer boot-style pistol was found hanging on a hand forged iron hook under the floor of a log cabin on part of the original Donnally’s Fort property in Rader’s Valley, Greenbrier County, West Virginia.

Underhammer pistol actions became popular in the 1830s. Boot pistols were designed obviously to stick in your boot as a concealed backup gun. Why was this hidden under the floor? There were some Civil War raids and skirmishes in the area. Maybe that had something to do with it.

Pictured is a diagram of exactly where this gun was found hanging when this cabin was being torn down. This was the Fulwider cabin , within a couple of stones throw from Fort Donnally.

These are photos of the cabin before, and during, it’s demolition.

I don’t know a whole lot about the history of the cabin, but the pictured chimney definitely looks old. Also, the diagram showing full log joists, flattened on the top, is an indication of an early build.