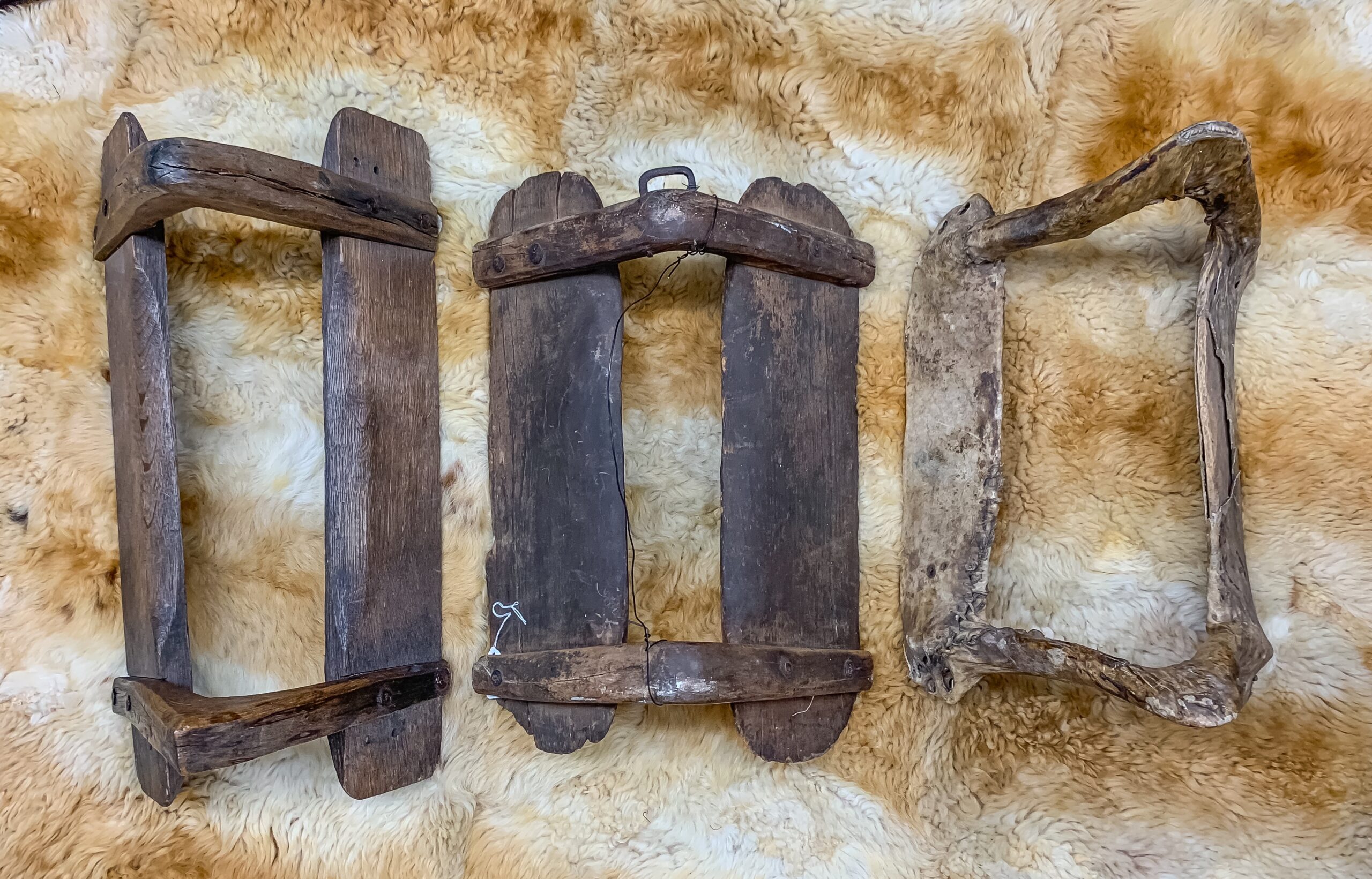 These are 3 original pack saddles in the 18th century style, 2 of which were found in Greenbrier County, WV. These were used by the early long hunters on the frontier to transport their belongings, which most importantly included their furs, hides, meat, etc. They were also used by the early settlers to bring their belongings to new areas of settlement, to which no roads existed.

Pack saddles were the only method of transporting possessions through the frontier, since there were no wagon roads – only trails capable of horse travel (at best). I’ve seen demonstrations of how much stuff can be loaded onto a horse using one of these, and it’s impressive.

This saddle was found in Greenbrier County, and shows primitive construction, and signs of hard use. It’s constructed with wrought nails, and was mostly built on the Virginia frontier.

If I had to guess, I would say this one is the oldest. Check out the hand-wrought nails.

This saddle used to hang in the General Lewis Inn in Lewisburg, WV, in their old hallway of local artifacts. It was collected in Greenbrier County by its then-owner. This may be later construction compared to the last one, just going by the hardware, but it’s early, and could have been modified during it’s era of use. So who knows. They are of almost identical design.

This is a Native American saddle which came from out West. It’s wood, covered in hide, sewn together with animal sinew. Horses were particularly valuable and important to them, and there was much horse stealing back and forth between them and the early white settlers.

I’m not sure if this would have been a pack saddle, or possibly a riding saddle as well. It has a shape which looks like it was dual purpose.